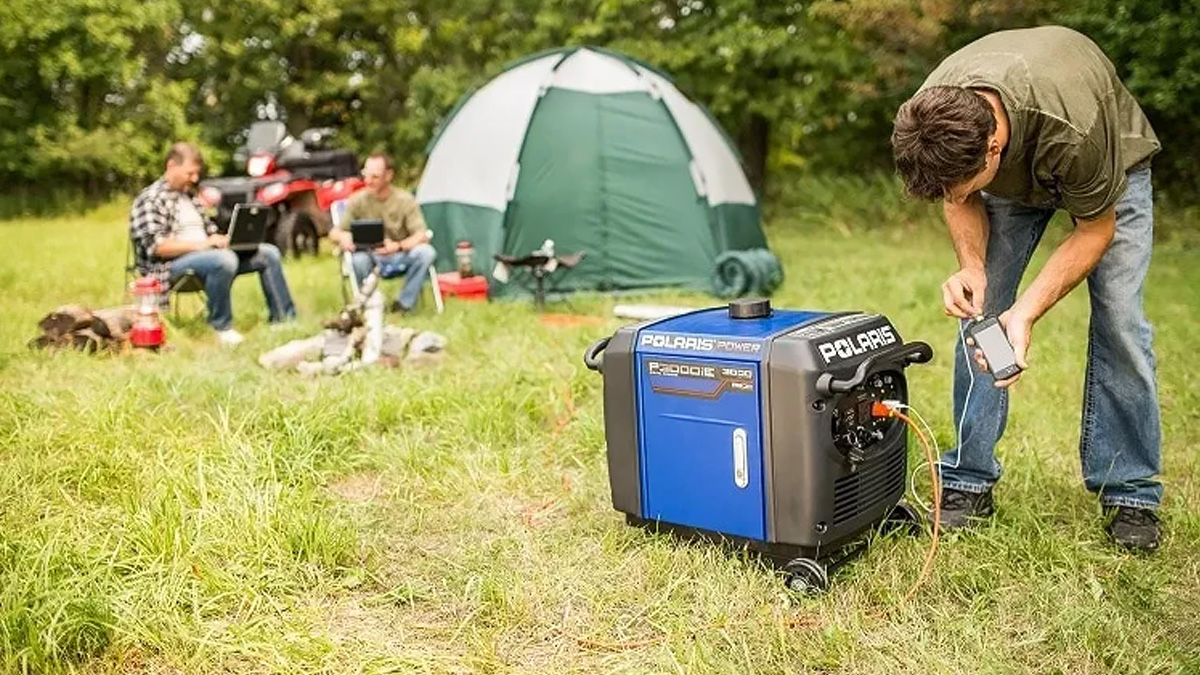 Having a running generator of any type in a disaster or SHTF scenario can feel like you’ve won the lottery. However, there are pros and cons for each type.

Pros and cons of A Portable Solar Generator

One of the biggest pros is that there is no sound. Being solar-electric, you can sleep well at night while your portable power station is pumping power.

They are also generally lighter than gas-powered generators. Electric generators’ main component is a battery, which takes up most of the weight. A portable solar-electric generator also has low maintenance. They are reliable in tough situations where they matter most.

The cost over time is much cheaper than a traditional gas generator. They don’t require fuel, which saves a lot of money.

The power is not as consistent as gas generators are. With gas generators, all you have to do is add more fuel to the generator and it will keep going. With solar-electric ones, you have to charge it, and this could take some time to reboot, especially when there is heavy smoke or cloud cover blocking the sun.

Pros and cons of A Portable Gas Generator

Gas generators will run regardless of weather (except in extreme cold when their fuel gels) as long as there is fuel.

They also have a lot of power and can energize a lot of necessary equipment in the home or on the road depending on the size of your generator.

They can be quite noisy and their sound can draw unwanted attention from unfriendly people. They also have a lot of parts. If one part isn’t maintained, it could fail and require maintenance by a professional.

These generators also require more maintenance overtime to keep up with its internals, much like a car as stated before. Also, the cost is a major issue – with fuel costs over time and maintenance costs, there are a lot of added fees over time.

What size generator do you need?

Gas or solar generators are rated in different ways. You want to know the peak Amperage either can handle. For gas generators, you’re eyeing their Wattage (W) rating. Often, the Watts will be in the thousands so it’s expressed as Kilowatts (kW).

For solar generators, you’re looking for the Amp hour (Ah) rating, because the electricity generally comes out of a battery.

How much power do you really need?

If you’re just trying to power a laptop and a phone, a full-blown solar or gas generator can be overkill. You may just need something like this new solar power bank from Ready Hour.

There are many ways now to generate power at home or in the field.

How to make evaporated and condensed milk at home

Keeping it quiet – how to soundproof your fuel generator