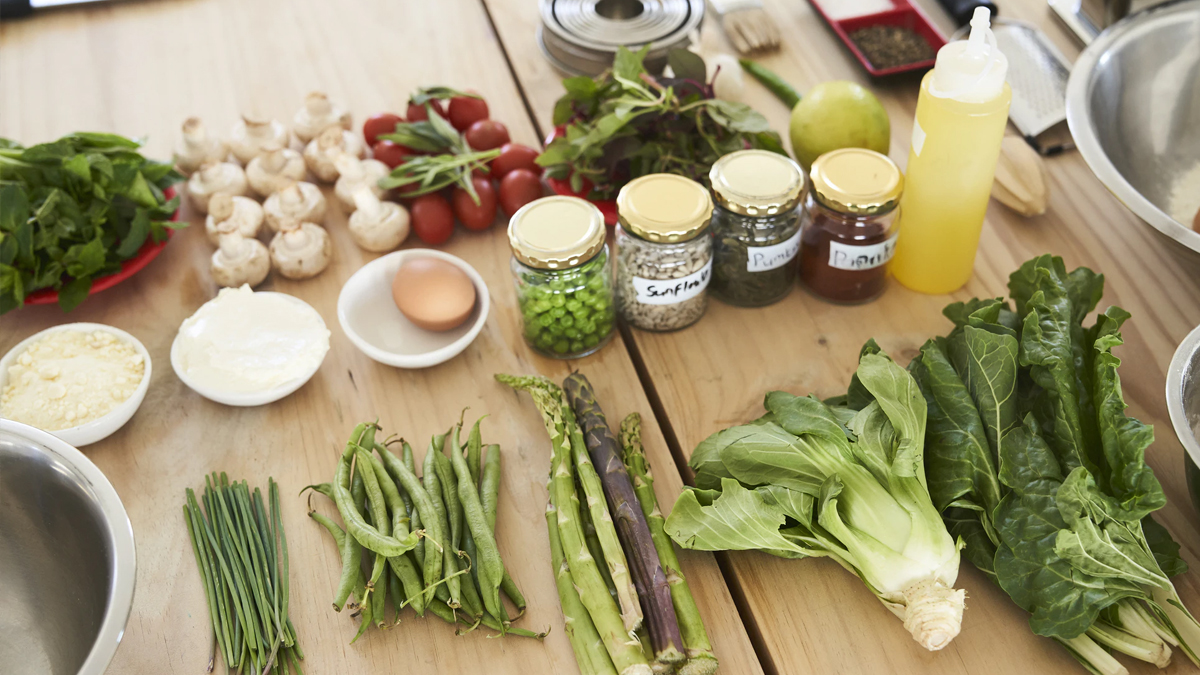 Modern homesteading is living with a focus on self-sufficiency and sustainability, and that can look different for everyone.  As I have mentioned before it can be considered the ulitimate form of preparedness for a long term grid-grid down type siuation.

But can you homestead/prep/survive without eat meat?

Ask that question on any one of a dozen-plus homesteading and/or survival forum’s and you will probably be ridiculed for your choice, ironically by people that don’t actually hunt or butcher their own meat.

A Vegan is someone who has chosen not to consume any animal products. They do not eat meat, honey, dairy, eggs, wear leather etc, etc… some can be quite militant about this choice.

A Vegetarian on the other hand does not consume meat, but they do eat things like honey, eggs, dairy and wear leather. Some people will tell you that they are vegetarians except that they eat fish. They are not actually Vegetarians, rather they are Pescetarians.

Some people are Vegetarians by choice, and some are allergic to meat naturally or because of the medication, they are taking. Or they may have been bitten by a Lonestar tick and developed a type of meat allergy called Alpha-gal syndrome that makes them ill if they eat red meat and other products made from mammals.

In 1932, the Scott and Helen Nearing decided that living hardscrabble in the country would be better than in the city. So they moved from New York City to a run-down farm in southern Vermont, where they spent the next two decades developing an agrarian lifestyle that honored their anti-establishment, anti-consumerist ideals. And they did for 60+ years as vegetarians.

They had three main goals when they moved out of the city, which they described in Living the Good Life: to make a living independent of paid-labor markets, to maintain and improve their health by working the earth and eating homegrown organic food, and to liberate themselves from profit-based exploitation of the planet.

n 1952, when “developers” began despoiling the slopes around them for a ski resort, the Nearings sold their Vermont farm, moved to a remote Maine cape and began all over again. Scott was 70 when they moved to Maine, and Helen was 48. Yet they started over from scratch clearing the land, planting, and building. Proving that not only could vegetarians homestead but that you can follow your dreams at any age.

The book was Living the Good Life: How to Live Sanely and Simply in a Troubled World, was quietly self-published by the Nearings in 1954 before reemerging in the ’70s as one of the most influential texts of the back-to-the-land movement. A single-volume edition of Living the Good Life and Continuing the Good Life is still available. And Loving and Leaving the Good Life a memoir written by Helen a few years before her death at age 92 is also available. Not only does it give a glimpse of a different age, but of the joy in living a simple life.

According to Geib, “People should eat 0.36g of protein per pound of body weight, and more if they are active. That comes out to 54 grams or so for a 150-pound adult. But that’s just a starting point. If you’re pregnant or breastfeeding, or if you’re an athlete, you’ll need more.”

The chart below outlines some of the best protein sources for vegetarians. This list is not by any means exhaustive and is meant to be a jumping-off point, after all, it doesn’t list one of our favorite survival foods – oats which contain 5g of protein per 1/2 cup of uncooked oats.

While Americans have been strong on a “meat and potatoes” sort of diet, many other countries relied much less heavily on meat and looking to those ethnic foods can be a source of great inspiration for adding variety to your vegetarian cooking.

Seitan is simply wheat gluten, spiced and simmered. It is a popular protein source for many vegetarians and vegans. Unlike many soy-based mock meats, it resembles the look and texture of meat when cooked. Also known as wheat meat or wheat gluten, it contains about 25 grams of protein per 3.5 ounces.

For the boiling stock:

In a large ceramic or glass bowl, combine the flour, nutritional yeast and spices. Add the tamari or soy sauce and 3 1/2 cups of water. With a wooden spoon, begin mixing. When it gets too sticky, continue mixing with your hands. When it starts to come together, turn out onto a board or counter-top and begin kneading. Knead for 10-15 minutes until the dough no longer sticks to the counter-top and is like bread dough — adding small amounts of flour if necessary. Roll into a ball and let it rest in the bowl for a few minutes.

Meanwhile, prepare the cooking liquid. In a large stockpot with a lid, mix the vegetable stock powder, spices, tamari or soy sauce and four cups of water.

Take the bowl with the dough to the sink. Fill the bowl with warm water and begin gently kneading the dough inside the bowl of water. Keep the water running and knead for 15-20 minutes until the water becomes clear. As you knead, do your best to keep the dough together. Cool the water as you go so that by the time the water is clear, you are using cold water. At that point, let the seitan sit in cold water for a few minutes so it firms up.

After a few minutes, drain the seitan in a colander.

Boil the seitan whole, in pieces or form into logs or patties.

Add the seitan to the stock pot. Bring everything to a boil, lower the temperature, cover and simmer for 45-60 minutes. When it’s done, turn off the heat and let it cool to room temperature.

Drain the seitan. For a firmer texture, press out the water with the back of a spoon.

Store in a sealed container, with or without the juices, for up to a week or freeze in airtight containers for a month or two.

The spices can be any mixture you choose. Try onion, garlic and ginger for an Asian taste; basil, oregano, rosemary and sage for Italian; or garlic, cumin, cilantro and red pepper for Mexican.

You can use the simmering stock for soup after you are done making seitan.

When washing the seitan, place the dough in a colander or sieve 2 or 3 times during the process. Squeeze the dough and rinse to help remove a little more of the starch.

You can also bake, steam, deep fry or saute the seitan instead of boiling it.

Use seitan in stir fry, pasta dishes, simmer in gravy, smother with tomato sauce, bake in casseroles, and warm and add to sandwiches. My personal favorite is to smother it in a homemade mushroom sauce.

When Ray Mears, founder of Britain’s first School of Wilderness Bushcraft, was asked about Vegetarians and Vegans ability to survive he responded,
“Ultimately, it comes down to knowledge of your environment, always. When you learn about nature your perspective on it changes. You can take a situation that people might consider threatening and turn it around so that you feel comfortable there. A lot of foraging comes down to the safe identification of what you intend to eat.”

How well you would do basically it comes down to if you are fortunate enough to be in a temperate climate with access to sources of vegetarian protein, such as tubers and nuts and the occasional bird’s eggs, then you have a good shot at surviving. If you found yourself in a wilderness setting in winter that would make things a lot tougher, but not impossible if you know what the forest offers in that setting.

Effects of calorie deprivation on survival