5 Ways to DIY Forecast the Weather Like a Mountain Man

How to make an oilcloth tarp 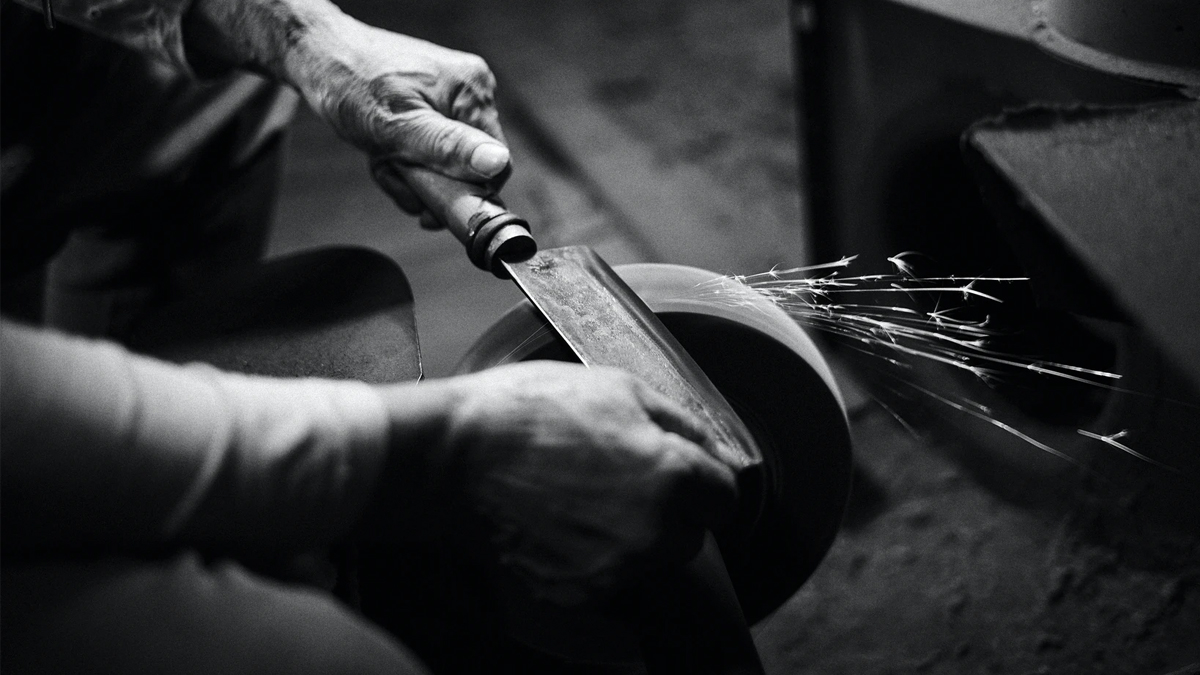 How to sharpen your knife

Sharp knives cut easily. There’s no resistance and little chance of slipping. A dull knife requires more pressure to make a cut. More pressure increases the chance of the knife suddenly slipping and slicing you instead. Plus cuts from a sharp knife actually heal faster than a dull one.

The ability to sharpen your knife to a razor’s edge is an essential skill for anyone that routinely uses a knife, from the professional chef to the hobbyist bushcrafter.

If your knife has seen some heavy use, particularly with woods or materials that can ‘stain’ the blade or leave deposits on the surface, then it’s probably a good idea to clean them from the blade before beginning to sharpen it. Depending on what it is you’re trying to remove it could prevent the blade from properly contacting with the sharpening stone, it could prevent the blade from cutting through material effectively or just carry on corroding into the steel.

There are several ways you can clean the blade, but either an abrasive block or an abrasive paper will work just fine. Just be careful to not be too enthusiastic with your actions as you could end up dulling the edge of the blade or cutting yourself through a bit of careless finger placement.

Any sharpening of a blade involves removing material until you have achieved the desired angle. The way you remove that material matters when it comes to cutting effectiveness, and there are a number of ways to achieve the desired level of sharpness.

All ‘sharpening stones’ (including stones plucked from a riverbed or shore) are an abrasive, and harder than the steel/metal of the knife or axe. By moving the blade across the stone you grind away material from the blade – although you may also remove material from the stone as well. Some stones require the use of a fluid or lubricant, normally water or some kind of oil, to aid the process. Some stones (increasingly difficult/expensive to obtain) are made from naturally-occurring material, others from a composite of materials, some artificial and some naturally-sourced.

Most stones are graded by ‘grit’, with a number denoting the grit. The smaller the number the more coarse the stone (and the more aggressively it will remove the material from the blade) – usually starting at about 250 for knife sharpening and moving on up to around 3-5000 or even higher.

The aim is to move from a coarse grit (small number) to a fine grit (large number) with several steps between. As you progress through the steps you remove some of the scratches/scoring made by the step before and create a uniform cutting edge.

Fortunately, despite the slightly confusing array of sharpening stones available on the market, the technique for actually sharpening a knife on a stone is fairly simple and common to most types of stone. The key points are: