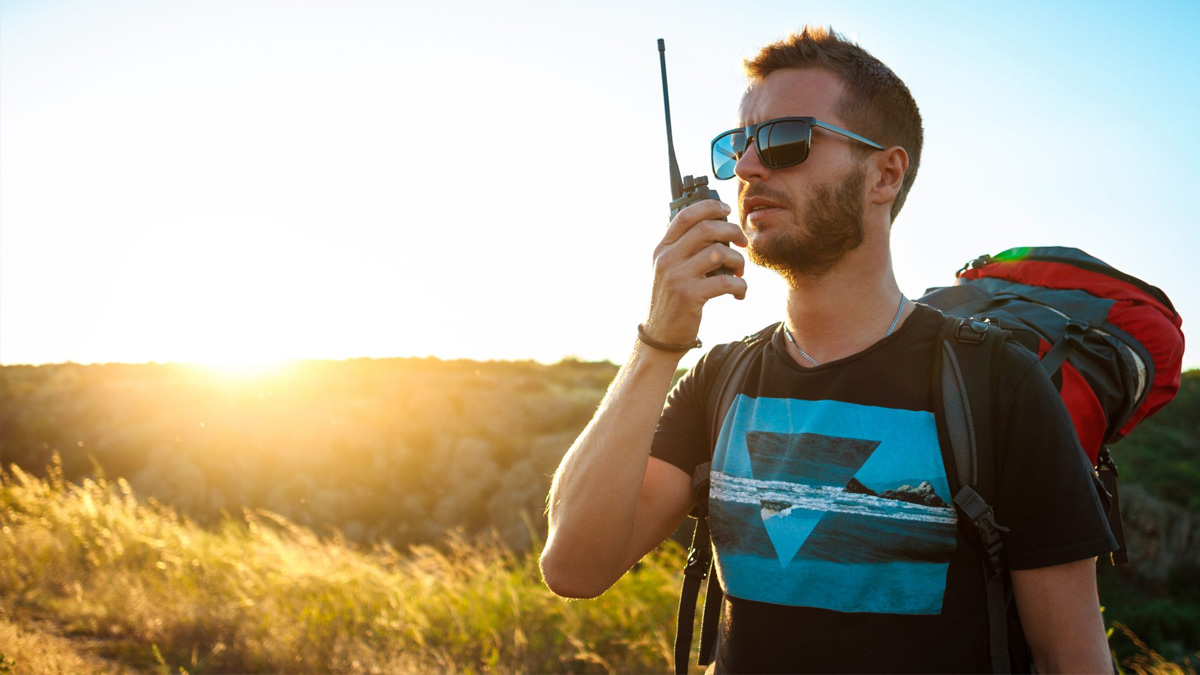 We as a society have become quite dependant on our cell phones to the point that many people don’t have “land-lines” any more unless they live where cell service isn’t available.

But what if cell and internet service isn’t available? Do you have a plan to communicate with your family and members of your community? Is important information like addresses and phone numbers stored somewhere other than on your cell phone?

Include all of them, even ones you think you would never forget. High anxiety situations can result in slow cognitive functioning and make you unable to recall a frequently used number. If you keep your phone contacts online, it may be as easy as printing the contact list.

Two-way radios allow information to be sent as well as received. They are highly valuable for communicating over short distances as well as relaying information long-distance, even across the world with the proper equipment.

The information is available for anyone listening, so chose your words carefully. Each radio has different capabilities, licensing requirements, price range, and a unique range of required skills to operate.

Two-way radios can facilitate backup communication when phones are not an option.

Family Radio Service (FRS) is the walkie-talkie type radio found in most big-box and sporting goods stores. They operate on the UHF band, between 462 and 467 MHz.

Some manufacturers will boast a range of 40 miles. But I have never seen them reach much beyond 5 miles for clear communication in open terrain. In cities or canyons, this range is shorter, sometimes dramatically shorter. Privacy codes are available to allow for more sharing of busy channels, but they do not prevent eavesdropping.

While they may not have a great deal of range, these radios can be quite handy to have if you are out camping or traveling in areas where there is no cell service. Practice using them to ensure they work as you intend them to.

The only cost is the initial purchase of the radios. No monthly service fee is required. No license is required to operate. Many have rechargeable batteries and may be charged with a wall plug using a charging dock.

General Mobile Radio Service (GMRS) is a handheld radio similar to FRS radios. Usually, the radios found in big-box and sporting goods stores are combined GMRS/FRS radios. They have a range of 5 to 25 miles.

Eight channels in the 462 MHz range are exclusively for GMRS use. Most transmit only 1 Watt or less, which is not a lot of power; mobile units (if you can find one) often transmit with 5 Watts.

CB radios were particularly popular in the 70’s and 80’s before cell phones were common. They were a particular favorite of truckers and anyone that did a lot of travel on the interstates. They were a way of passing along road conditions, requesting assistance in emergencies and just passing the time.

Citizen Band Radio (CB) utilizes a selection of 40 channels near the top of the HF band, at about 27 MHz.

Handheld CB radios are generally less practical due to the need for a long antenna. Typical units include vehicle-mounted or base stations with an external antenna. No license is required for use. The typical range is up to 20 miles, occasionally more, especially if you are using a base station with a large antenna.

Amateur Radio, popularly known as ham radio, is the most versatile of all two-way radio systems available for general public use. These radios can communicate over great distances using voice, text, image, and data.

A license is required to operate amateur radio equipment. The entry-level license, Technician Class, is relatively easy to pass. This license gives transmission privileges to all Amateur Radio frequencies VHF 30MHz and above with limited access to frequencies in the HF band above 20MHz.

The Technician class level is great for local emergency communication. Morse code is no longer required for any Amateur Radio licenses. Go to www.arrl.org for details about licensure and where to find radio clubs and classes in your area.

You can make use of both the VHF and UHF for communication, but they both have their uniqueness.

When you find yourself on water, land, and in the desert, it is advised to make use of UHF.

In these terrains, the signal travels far, and the result is always amazing.

And in case you find yourself on hills and mountains, using VHF gives a better result in terms of transmission and signal.

Because ham radio people are crafty bunch (and some places don’t allow antennas), there is a whole sub-genre of ways to make antennas so they can’t be detected (by sight, not by signal). Antennas can be made out of flagpoles, ladders, fences, railings, and a lot of other things in plain sight. They can also be hidden inside things or buried.

There are several books on how to set up a stealth system, one of the best is: Stealth Amateur Radio: Operate From Anywhere.

Choosing the right set up

It can be hard to choose which system is going to work the best for you.

FRS has its place when communication is close. Being able to hand a child a unit and letting them have the run of the park within vision range is quite handy. Or maybe you just want to be able to call the kids to supper on the homestead.

CB’s work great when traveling in a group, where you may wish to do a group broadcast or if you happen on logging roads that require you to tune into a particular channel to avoid danger.

Ham radios have the furthest reach, and are associated with emergency response. However, they do cost significantly more and require licensing.

In an ideal world having all three would definitely improve your odds of being able to communicate with loved ones near and far.