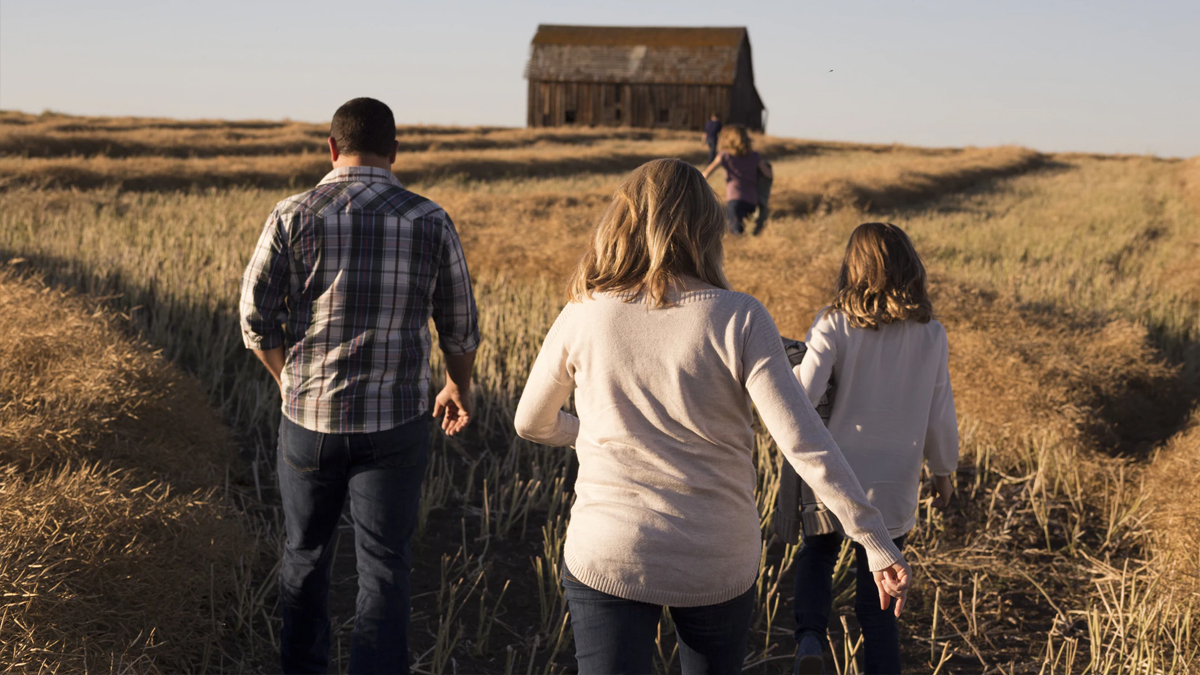 Many people that are interested in moving to rural homesteads are concerned about the educational opportunities. Remote locations present some unique issues when it comes to education. Going to a brick-and-mortar school can require 1-2 hours a day on a school bus or a lot of driving on your part. An on-line school requires a reliable and fast internet service which may or may not be available in remote areas or part of your plans.

Basically there are three options to the rural education dilemma. The first two, on-line school and homeschooling are common enough these days that most parents are aware of that option. But what you might not be familiar with is the third option of “Natural Learning”.

The first option is on-line school. These are often free, and they basically send you a “school in a box” at the start of the school year. You and your student regularly meet with an on-line teacher. However, it is very ridged format that may not fit with your new lifestyle, and it does require you to have good internet service.

Homeschooling is a more flexible option, and you can create your own curriculum or purchase a package deal. You simply teach that curriculum to your children just as a regular teacher would and depending on your state’s guidelines keep records and test the children as required.

The third option is a form of home schooling that is a child centered focus sometimes referred to as Unschooling since there is no set curriculum. Pretty simply unschooling means not sending your kids to school, and not creating a school-at-home environment either.

One of the most controversial points of Natural Learning is that children themselves are the ones directing the flow of their education. People that have chosen this way to educate their children believe that children are innately curious, that they are more likely to retain information that seems relevant to them. Think of all the “why?” questions that children ask, natural learning is giving them the answer if you know it and if you don’t admit “I’m not sure, why don’t we look it up together” and then proceed to do so.

Natural Learning is not turning your kids loose with no guidance. It is about fostering a relationship where they feel comfortable asking questions, and learning how to find the answers to those questions.

Have you ever discovered a topic that got you excited and you spent hours learning and researching about it without a teacher or boss telling you that you had to learn it? That is the excitement for learning that Natural Learning promotes. It is also taking advantage of “teachable moments”.

When my daughter was learning her alphabet and we got to U is for Ukulele she asked what that was. So we hopped on YouTube and listened to the National champion Ukulele player perform. This naturally developed into her asking about Hawaii. So then we looked at a map to show her it was made up of several islands and she asked what they ate, so we looked at pictures of that, and talked about the types of flowers, trees and fish. We even covered a little bit about Pearl Harbor, after I told her all about her being born to Hawaiian songs from the 1940’s. Then we topped off the day by watching “Blue Hawaii”. The next time we went grocery shopping she helped me pick out a coconut and a pineapple. She remembered that Elvis said in the movie that salt was good on pineapple so of course, she wanted to try it that way. That information had stuck with her because we went with the flow of her questions, and she got to experience it in multiple ways.

Going with the flow

If you have a natural love for learning yourself it is easy to get caught up in “going down the rabbit hole” so as a parent is important make sure your child is still expressing interest and hasn’t moved on to something else without you noticing it. Also be aware of providing age-appropriate information, and adding to their knowledge as they indicate wanting to know more.

Don’t push them to like the same things you do, or even to like something two days in a row. It’s a big world with a lot for them to explore. For example, like a lot of little boys our son was fascinated by dinosaurs in his younger days. He wanted to know how the paleontologists knew how tall they were, so my husband showed him the geometry necessary to figure it out. He was fascinated by doing the geometry and figuring out the height of several different dinosaurs. But if we would have asked him to figure out the height of a flagpole at age 5 he would have shut down and refused to do anything remotely math-related. Instead, we had him help us figure out if the toolshed we wanted to build was laid out square. He watched and participated not because we told him he had to learn it, but because it was interesting to him in the moment.

Let them learn alongside of you about livestock husbandry, growing a garden, carpentry or any one of a hundred other skills that are useful on a homestead. As they grow older encourage them to learn skills from friends and neighbors and then have them teach you how to do it. You never really know something until you try to explain it to someone else.

In a doomsday, grid-down event your kids will have the skills to not just survive but also thrive.

Socializing in a rural environment can be tough even if your children are attending school. Distance between places is a very real factor in forming friendships. So do try to attend events in your community whenever you can, and if you are of mind to attend church, then find one with children so yours can meet and make friends. Invite and accept invites to other farms and homesteads – it can be educational for you, and adults need friends too.

Look for a homeschooling group in your area, and if there isn’t one already, try to find a few families that would be willing to meet up occasionally. Children that routinely interact with people of all ages tend to do better adapting to a typical work place where co-workers ages can span 40 years or more.

According to Peter Gray, PhD research professor at Boston College, “The usual assumption, in the special education world, is that such children cannot learn to read without rather intensive direct instruction, even more intensive than that offered in a typical school curriculum. But some of my observations, and observations of others who have long been involved with unschooling or democratic schooling, suggest that this assumption may be wrong. In fact, the pressure associated with such instruction may make the problem worse.”

He goes on to say, “I have also found, in informal surveys of unschoolers and democratic schoolers, that there is a huge range of ages at which different children learn to read (here). Most learn to read within their first 7 to 8 years of life, but a few don’t read until they are in their teens. My guess is that many of those would have been diagnosed with dyslexia if they had been in a traditional school, where everyone would have been very concerned about their reading. Harriet Pattison, in a book describing her research into how homeschoolers learn to read with little or no teaching, likewise found a huge range of ages for reading.”

You can read more about Gray’s research on dyslexia and unschooling on his blog hosted by Psychology Today.

Peter Gray, Ph.D., a Boston College research professor has studied how learning happens without any academic requirements at a democratic school. He also wrote about the long history and benefits of age-mixed, self-directed education in his book Free to Learn.

He also conducted a study of adults that had been unschooled to see how they had fared, and what they thought of their early education.

Overall, 83 percent of the respondents to Professor’s Gray study had gone on to pursue some form of higher education. Almost half of those had either completed a bachelor’s degree or higher, or were currently enrolled in such a program; they attended (or had graduated from) a wide range of colleges, from Ivy League universities to state universities and smaller liberal-arts colleges.

Several themes emerged: Getting into college was typically a fairly smooth process for this group; they adjusted to the academics fairly easily, quickly picking up skills such as class note-taking or essay composition; and most felt at a distinct advantage due to their high self-motivation and capacity for self-direction. “The most frequent complaints,” Gray notes on his blog, “were about the lack of motivation and intellectual curiosity among their college classmates, the constricted social life of college, and, in a few cases, constraints imposed by the curriculum or grading system.”

Most of those who went on to college did so without either a high school diploma or general education diploma (GED), and without taking the SAT or ACT. Several credited interviews and portfolios for their acceptance to college, but by far the most common route to a four-year college was to start at a community college (typically begun at age 16, but sometimes even younger).

For those that chose not to attend college, their ability to think outside the proverbial box helped them become masters at their chosen trade. Coming up with solutions or inventions that put them ahead of their peers and creating demand for their unique skills.

Homeschooling of any type is not right for every family. But it is good to know that in a grid-down situation not having a formal education isn’t actually the “end of the world” and that you are capable of teaching your children much more than you thought possible.

After all, the most important thing is the ability to read, if a child – or adult – can read there is no limit to the things they can learn on their own if they want to.

Building a family library is important for both you and your children and you can even do so affordably if you check out thrift stores and library sales.

Protect your property from wildfires

10 warning signs from nature you should pay attention to