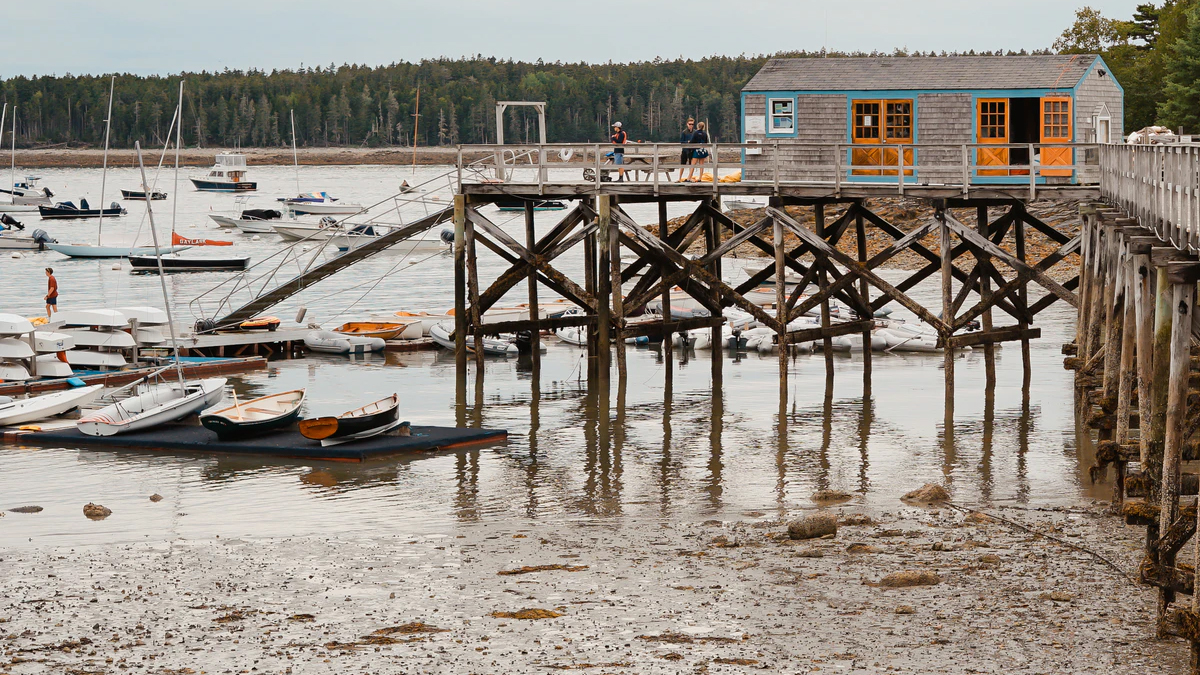 10 warning signs from nature you should pay attention to

Going out in nature is refreshing and relaxing, but there’s always danger lurking around the corner. You may have street smarts, but lack wild-smarts. So instead of getting struck by lightning or drowning in a rip current, learn about the different ways nature warns you away from disaster and imminent natural disaster.

Here are some signs from nature that things are about to get ugly.

1. Beware of the ocean suddenly receding

If you are enjoying a long walk on the beach and the ocean starts receding, then you better run! When the tide retreats, so should you – because this means a tsunami is coming, SOON. There is a saying, “When the ocean disappears, do not go looking for it.” These are great words to remember. Tsunamis can slam into the coast at up to 500mph, so you should get to higher ground stat! Tsunamis devastate everything in their paths. The only way to stay safe is to find the highest ground possible as far away from the coast as possible.

Another sign of an impending tsunami is if the ocean starts making a loud roaring sound. If this happens, you better get to higher ground ASAP!

If you see a channel of choppy water on the beach, seaweed and debris moving away from the shore in a particular area, a section of discolored water, or a gap in the line of waves, it’s likely that a deadly rip current lies beneath the water’s surface. Commonly (though mistakenly) called riptides, rip currents are very fast, powerful channels of water flowing away from shore.

If you see a channel of choppy water on the beach, seaweed and debris moving away from the shore in a particular area, a section of discolored water, or a gap in the line of waves, it’s likely that a deadly rip current lies beneath the water’s surface. Commonly (though mistakenly) called riptides, rip currents are very fast, powerful channels of water flowing away from shore.

3. Beware of animals running towards you

If you see birds and mammals flying and running toward you, there might be a wildfire behind them. Some animals, like amphibians, stay in the fire, burrowing underground to escape it, but others run as fast as they can. Of course, if you see smoke, that’s also a pretty good indicator of wildfire, but the animals let you know it is close!

4. Beware of your hair standing on end

When you think about lighting strikes, it’s usually in the context of how slim the chances of actually being hit by one are. You’re not necessarily wrong, but still more people lose their lives annually to lighting strikes than to unprovoked shark attacks.

If your hair begins standing on end and your jewelry starts buzzing, lighting may be about to strike nearby. Either get to shelter immediately, or crouch as low as you can. This is not a time to be outstanding in your field!

We don’t live where tornados are common, but one day a few years ago we were out driving when we noticed the sky had turned green. I commented that if we lived in tornado country that sky would worry me. As it was I chose an alternate route home, and within a few minutes we were being pelted by huge hail. If we had taken our planned route we would have had a head on collision with an F2 tornado. So even if you don’t live in tornado country, it pays to know what to watch out for.

If your dog is either sniffing or licking a particular body part of yours more than it usually does, you might want to have that part of you checked out.

Dogs have a very keen sense of smell and they know often know by a scent that something isn’t right. As best as science can tell, dogs are capable of smelling organic compounds coming from cancer and other diseases or even pregnancies. So just like with other cases, listen when it’s trying to tell you something is different.

7. Beware the roar of rushing water

A trip to the wild outdoors can be a rewarding, fulfilling experience, but it may also be potentially life-threatening. If it’s been raining considerably recently, and you’re either near a stream or a river, even a dry one you should be aware of your surroundings.

Sometimes flash floods originate high in the mountains miles away, and it could be a sunny day where you are, and the only warning you will have is the sound. Don’t stop to take pictures, get to much higher ground immediately. The wall of water headed towards you could be taller than a house!

If you hear the sudden roar of oncoming water, get to high ground immediately. In all likelihood, it’s the sign of a coming flash flood. As the second most deadly form of inclement weather in the United States, you don’t want to be caught unawares when one hits.

8. Beware a ring around the moon or sun

Those rings are formed when very thin cirrus clouds are drifting high above. They’re composed of microscopic ice crystals that split, thus reflecting the light and creating that ring. They’re mentioned here because they often appear just before a storm.

You’ve heard the phrase “Red sky at night, sailor’s delight; red sky at morning, sailor’s warning.” It turns out this isn’t a sailor’s yarn, but a scientific fact. A red sky in the evening is nothing to worry about. However, a red sky in the morning means that a low pressure, strong storm is moving in from the west – not a good time to be on a boat!

Skiing or hiking are great winter past-times until a devastating avalanche tumbles down the mountain. They can be impossible to escape, as the snow can move as quickly as 80 miles an hour and people generally sink in the snow. But if you see the signs beforehand, perhaps you can avoid getting caught in the disaster.

Pay attention when you walk on the snow: does it feel hollow? Do you hear an odd “whumping” sound underfoot? Check around your feet for cracks in the snow. Plus, if there’s been heavy snow or rain, significantly warmer temperatures, or previous slides in the area, it could lead to an avalanche.