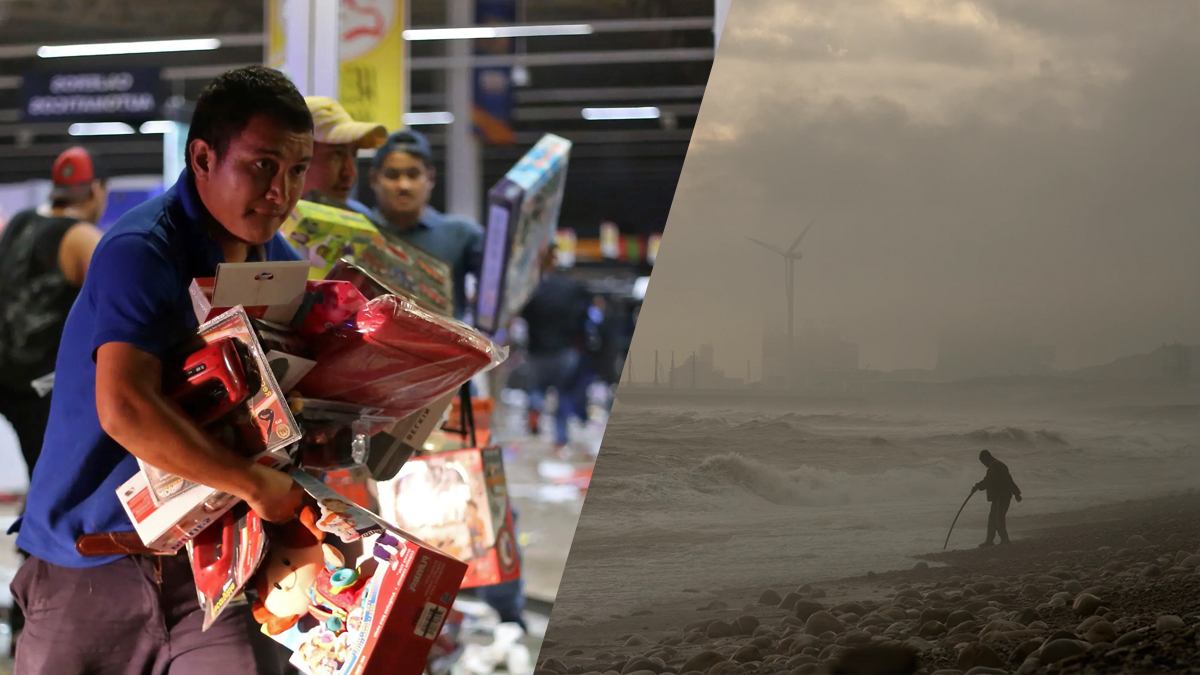 It is a recurring theme in post-apocalyptic stories. The hero, in a moment of need, happens to stumble across a ravaged but still intact department store. Through diligent searching, he’s able to find food, clothing, and supplies. Thus re-equipped, he ventures forth to do battle with the ne’er do wells.

But, does this mean our hero has fallen from the path of the straight and true? Isn’t this looting?

After the riots in 2020 we all probably know what looting looks like. It is defined as: “The act of stealing, or the taking of goods by force, that are clearly owned by another. Often associated with rioting.”

On the other hand, scavenging is defined as “The act of taking or gathering (something usable) from discarded material or clearly abandoned property.“

If you aren’t sure if you are looting or scavenging try answering these questions:

When to scavenge in a SHTF scenario

Imagining a total collapse of society where the supply lines and means of support we have relied on for years are completely ripped out. This is not a regional storm, certainly not a sports game riot.

In the total collapse scenario, I can see where scavenging might be required if you expect to live. If we had a zombie apocalypse (I know there is no such thing as zombies…yet), nuclear war, global pandemic, or a massively disruptive event that wiped out a lot of people in a relatively short period of time you could find yourself scavenging for items you need to stay alive.

Scavenging for food seems very logical under extreme conditions. What if you are wearing boots that are worn or even worse, footwear that isn’t appropriate to walking every day? Would you go looking for new shoes? Would you look for a good pack to carry everything, assuming you didn’t already have a good bug-out bag? Scavenging is at its most basic searching for items to keep you alive or that could help you survive.

Where to scavenge in a SHTF scenario?

Questions should be considered when planning what you are scavenging for, such as:⁣⁣

These questions should include survival needs such as food, water, equipment, communication, and logistics.⁣

In the case of a nuclear or EMP attack, where a country’s ability to supply its population with products (including food) can be destabilized, scavengers should consider the journey those products take from origin to disposal.⁣

Most of our products follow similar journeys. If we think about this journey, we can get a good idea of where to look when the supermarket runs out of food, the pharmacy runs out of medical supplies, and more.⁣

If we think of the journey our food needs to take to go from farmer or production line and waste bin, we will find quite a number of places that scavengers should target. So where are these places? Some prime scavenger resource spots would be:⁣

Avoid high population centers, and any place not abandoned. Try to target areas that wouldn’t attract others. Tractor-trailers could be a good resource. Carry bolt cutters and a box knife. Open the trailer door and do a quick scan of the items. Use the knife to check in boxes to see if the items would be of survival value, if not move on to the next trailer.

Consider office buildings that have their own cafeteria. Schools, colleges, and hotels often have food storage for their cafeteria or breakfast service.  They are not likely to be high-value targets to the unknowing.

Finally, being prepared means that scavenging should be a last resort, as it is often associated with dangers from others competing for the same items. However, if you have a prepared homestead and are already practicing self-sufficiency like growing a garden and raising livestock then the need to expose yourself or others in your group to the dangers that could come with scavenging can be mostly, if not entirely avoided.

Gravity fed irrigation for your garden