10 Ways to Become a Suburban Homesteader 

Why You Need Swales and How to Build One

This Three-Ingredient Wood Sealant Will Make You a Believer

10 Plants to Grow in Winter

How to Get Your Greenhouse Winter-Ready

There’s Money in That Soil! Best Cash Crops for Homesteaders. 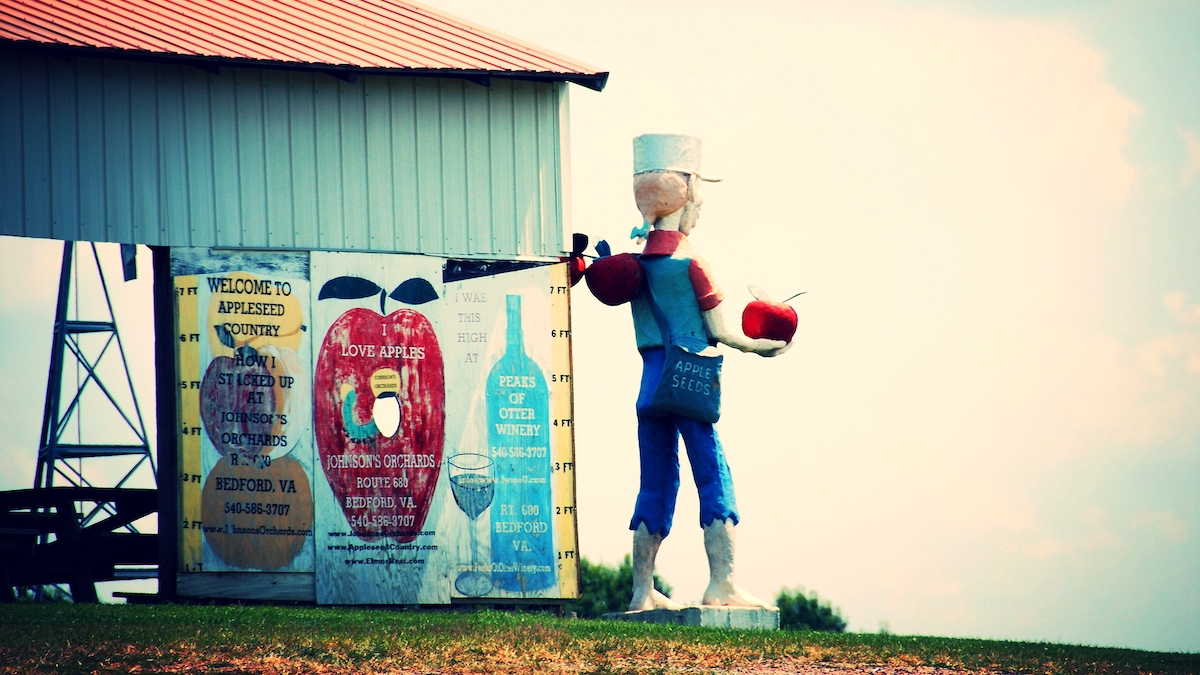 The Secret History of Johnny Appleseed

Let’s take a moment to separate fact and myth to see what preparedness lessons we can learn from this American icon.

And What it Teaches about Preparation

We’ve all heard of Johnny Appleseed.

For those of a certain age, we learned about him as a singing, frolicking wanderer with a pot on his head.

But did you know that there’s some fact to this legend? It’s true! Johnny Appleseed was an honest-to-goodness real person… and in many ways, one of America’s early preppers.

Let’s take a moment to separate fact and myth to see what lessons we can learn from this American icon.

Who Was Johnny Appleseed?

John Chapman—later known as “Johnny Appleseed”— was born on September 26, 1774, in Leominster, Massachusetts. He was raised in a family with at least ten siblings and lost his mother as a young child. His father, Nathanial, was an American patriot who served in the Continental Army under George Washington.

Not much is known of his early years, but Johnny emerged by 1812 as a fully developed orchardist and nurseryman. He traveled widely across western Pennsylvania and Ohio, both part of the American frontier at the time.

He used his talents as an orchardist to plant grove after grove of apple trees from Alleghenies to central Ohio and beyond.

The “Secret” History of Johnny Appleseed—Who Was He Really?

There’s more to Johnny Chapman than meets the eye.

Here are a few common misconceptions that teach us about the man and the times he lived in:

Misconception 1: He Wandered the Countryside and Went Wherever the Wind Took Him

Despite popular depictions of Johnny Appleseed as a wandering vagabond, there was a method to his movement.

He was strategic about where he went and where he planted his apple seeds.

Frontier laws during the time allowed people to lay claim to land, but only through the development of a permanent homestead.

One way to do so was to plant 50 apple trees. The logic being that it takes approximately ten years for apple trees to bear fruit.

Johnny Appleseed realized he could use his skills as a nurseryman and orchardist to make some money and acquire land.

Then, he would sell these plots of land to settlers.

Britannica explains, “Walking for miles every day and sleeping outdoors, he kept well ahead of the pioneers, showing a knack for predicting where they would settle and planting nurseries in those spots.”

Misconception 2: He was an Altruist

Most people see Johnny Appleseed through a folk-tale lens, which means his character is greatly exaggerated.

For example, he is often depicted as the ultimate do-gooder—a selfless man who cares about animals and others.

That’s not really the case. While he certainly loved animals, nature, and mankind, he wasn’t entirely altruistic.

He actually planted apple seeds so that he could lay claim to land.

Misconception 3: He Planted Apples for Eating

However, that’s not the only misconception with this claim.

The other fault is that the apple seeds Johnny planted were never intended to be eaten.

Instead, the seeds he planted were used to grow apple trees that would be used for making apple cider.

Michael Pollan in The Botany of Desire explains, “Up until Prohibition, an apple grown in America was far less likely to be eaten than to wind up in a barrel of cider […] In rural areas, cider took the place of not only wine and beer but of coffee and tea, juice, and even water.”

In fact, if someone had tried to eat one of the apples grown from Johnny’s seed, they would have been greatly disappointed by the sour taste.

The Johnny Appleseed folktale is still celebrated in America for a good reason. Not only is this tale based on truth, but it tells the tale of an American hero.

Johnny Appleseed lived his life in a way that is to be admired. We can learn a lot from a man who lived simply.

Part of the reason Americans are so drawn to the legend of Johnny Appleseed is because he is self-made and self-sufficient.

Historian Howard Means, author of Johnny Appleseed: The Man, the Myth, and the American Story, explains, “He was a man of enormous stamina […] A man who walked across the Pennsylvania mountains in winter, who lived outdoors for 50 years, who was always afoot, who lived without any protection from either the elements or his fellow man, or Indians or bears or rattlesnakes.”

He got by on his own with what he had, such as using the apple bag sacks to make clothing. He used his preparedness skills, such as knowing how to protect himself against the elements and forage for food, to survive outdoors for days on end.

Johnny Appleseed was a man of deep faith, which influenced how he planted, as well as how he interacted with those he met on his journeys.

Being a Swedenborgian (The Church of Swedenborg), he lived differently from others.

According to Mental Floss, “Because the Church forbade its members harming God’s creation, Chapman became a vocal animal rights activist and vegetarian. He also refused to use grafting to create his orchards, believing that this growing technique physically hurt the source plants.”

Additionally, having a strong faith gave him and other frontiersmen hope and courage on their journeys.

Anyone who has ever gardened knows it requires more than this.

The Washington Apple Commission claims, “Research suggests he created numerous nurseries by carefully selecting the perfect planting spot, fencing it in with fallen trees and logs, bushes and vines, sowing the seeds and returning at regular intervals to repair the fence, tend the ground and sell the trees.”

The ability to work hard (without complaining) separates the strong from the weak. We would all do well to remember this preparedness skill.

During this time, America was filled with land but not laborers. There weren’t enough people to graft the trees. Therefore, they grew trees from seed, which made trees that grew fruit that was unfit to eat. Not to give up, the settlers and Johnny took these apples and made hard cider.

Now, this may sound like a party, but that cider actually became what they drank every day instead of water. It allowed them to stay hydrated and likely saved lives since the water at the time was tainted.

Using apples for cider was cheap, easy, and resourceful.

If you find yourself in a desperate situation, resourcefulness, such as finding multiple ways to use the few tools you have, will help you survive.

Yes, Johnny Appleseed had a knack for planting where he knew people would settle. Yes, it benefited him.

However, he wasn’t tricking people with knock off goods. He set them up with orchards that provided resources they needed.

Because of him, thousands of settlers came onto what was essentially settled land.

He prepared the way for communities to develop and thrive.

While preparedness stresses the importance of self-sufficiency, being a part of a community is also essential.

Johnny wasn’t going around the country planting apple trees out of the pure goodness of his heart. He was doing it for money.

Out of the barren land, he managed to find a way to keep himself afloat and profit.

Johnny Appleseed got his land in the northwest territory, where he acquired it for free, as long as he planted the orchards. He would then sell the orchards to the settlers.

He did this over and over as he traveled west and became known as a wandering planter.

His industrious and scrappy spirit helped him become a land baron – and an American legend.

Whether selling your excess fruit and produce or bartering services, try to act industrious like Johnny. 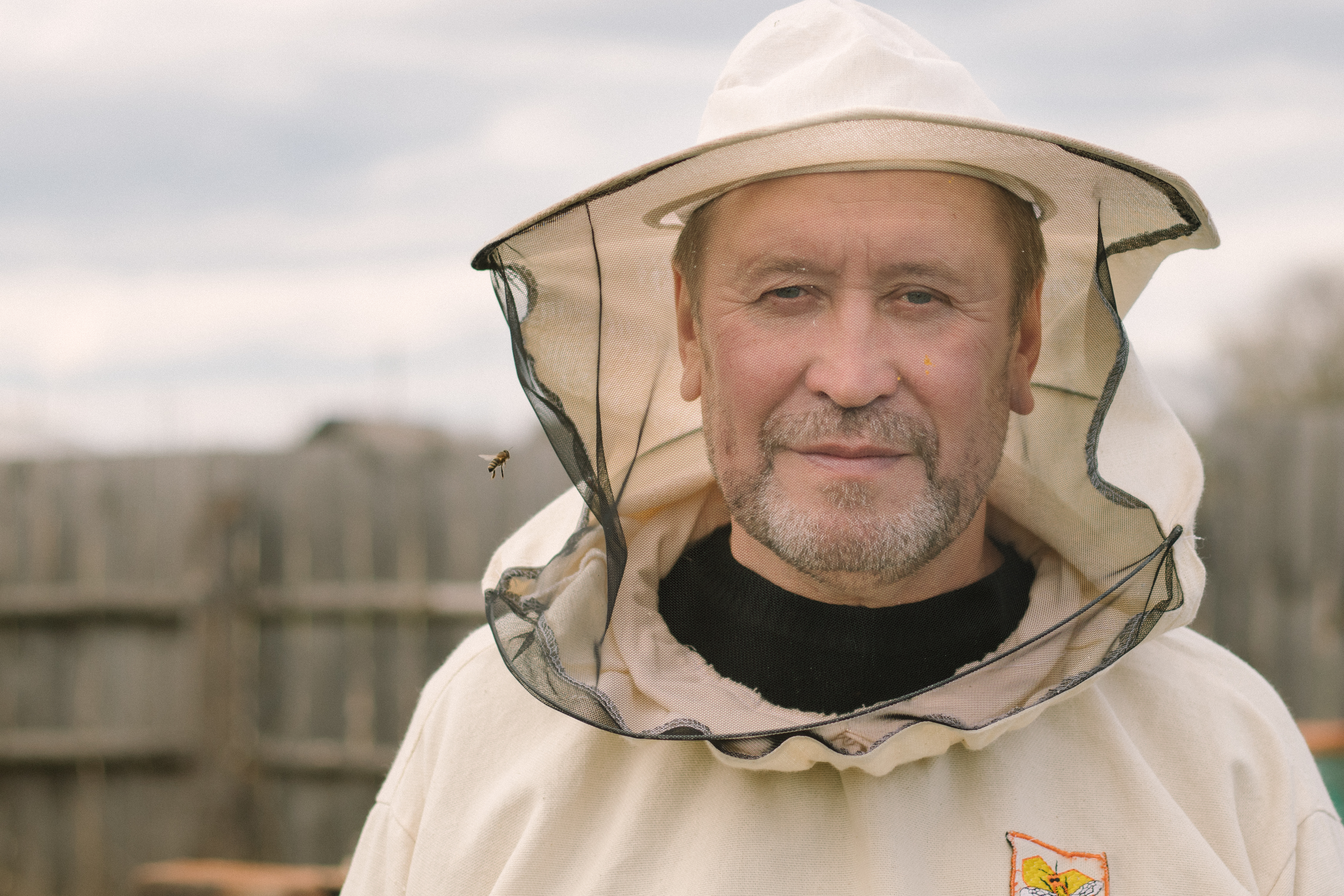 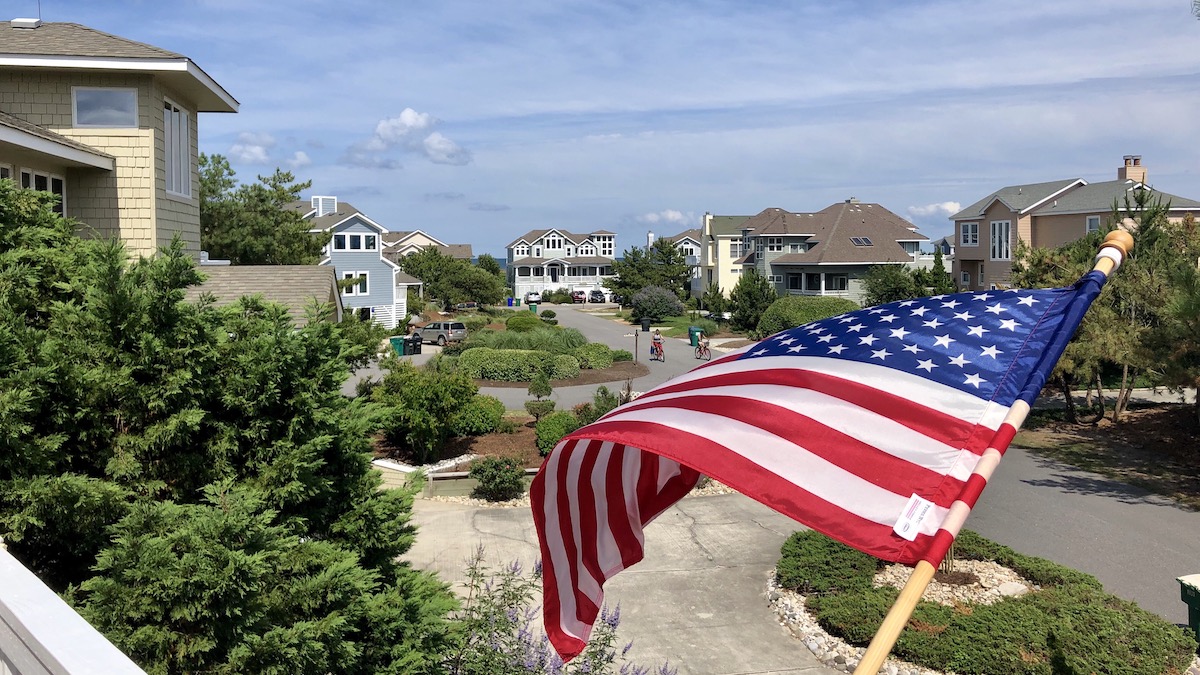 10 Ways to Become a Suburban Homesteader  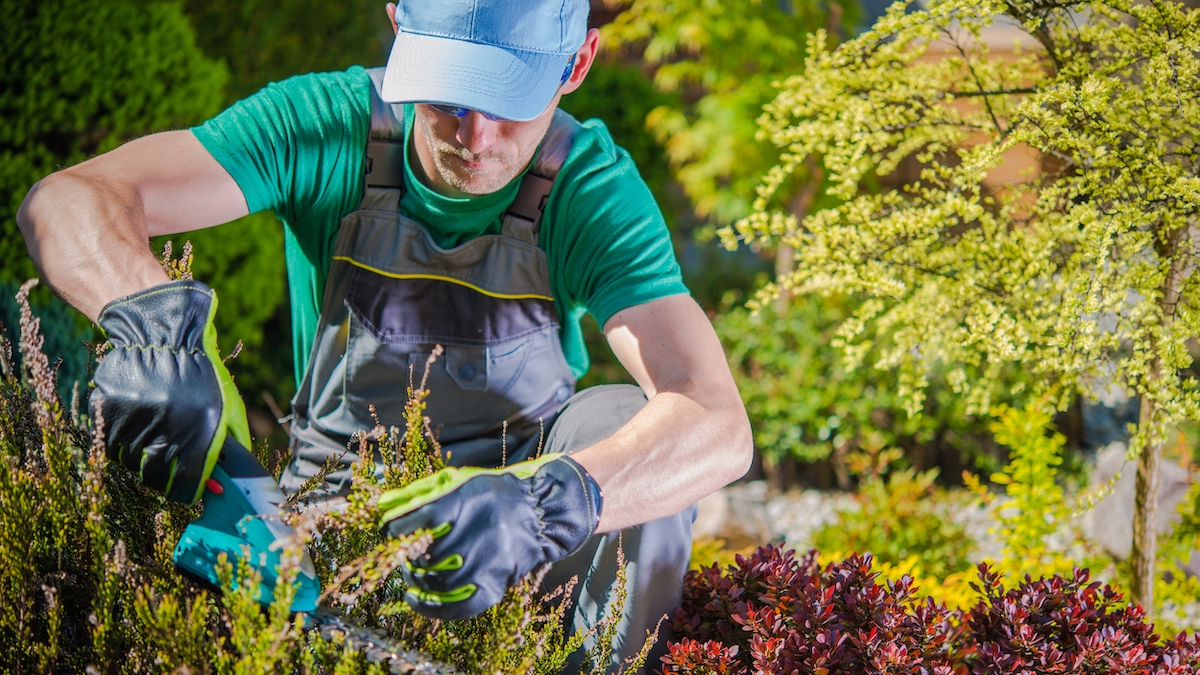 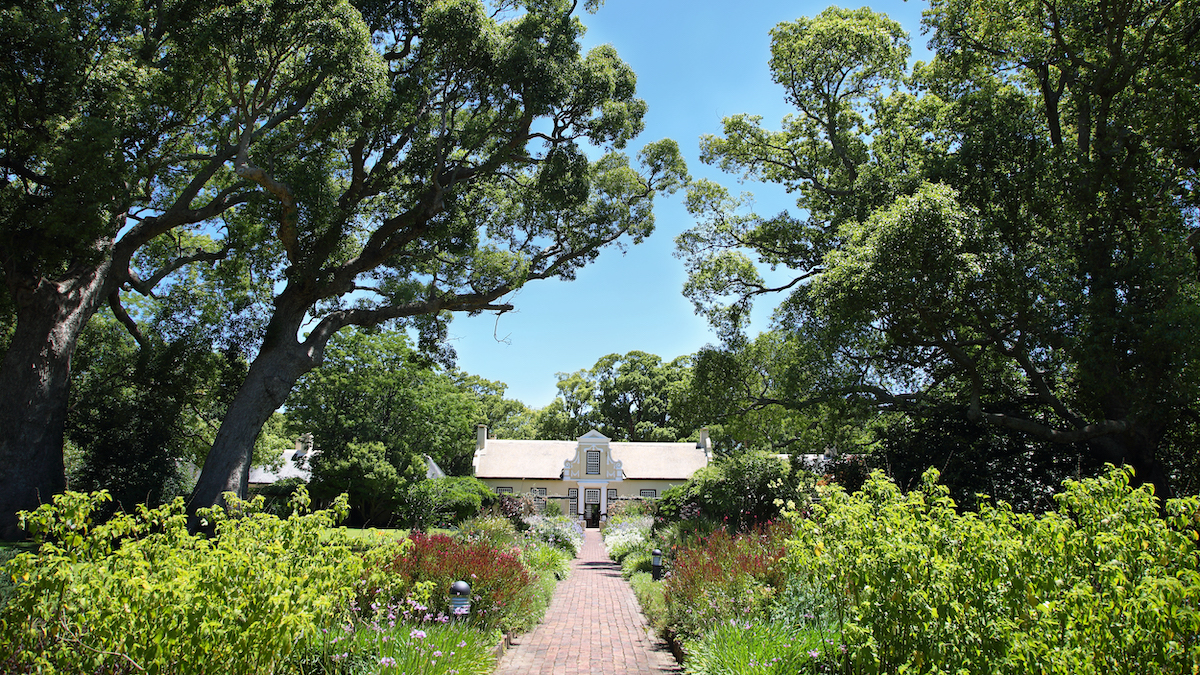 Why You Need Swales and How to Build One